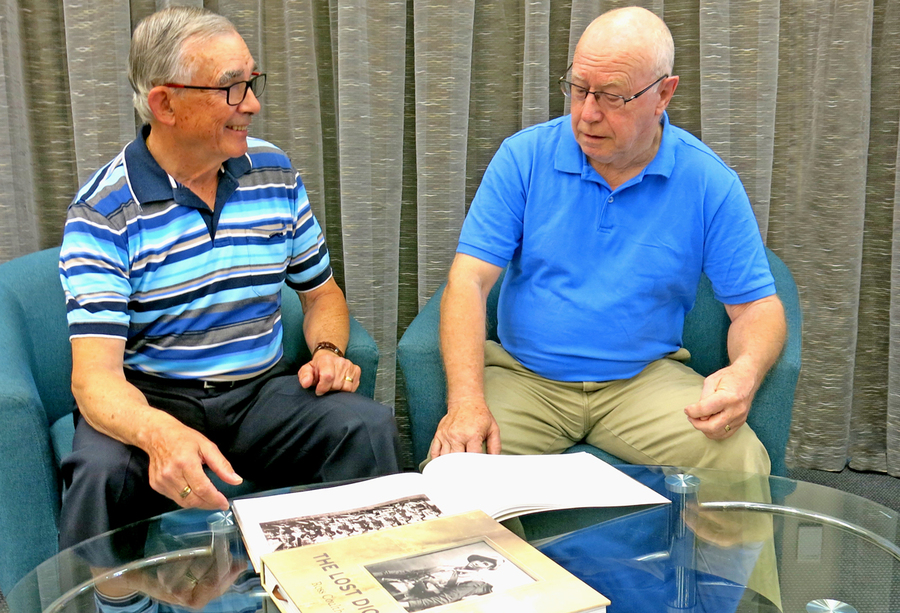 When asked what Remembrance Day meant to them, two residents from Cambrai Village, whilst both veterans, had very different reflections.

Rob Norgrove said, “the 11th hour of the 11th day of the 11th month attained a special significance in the years after the war. The moment when hostilities ceased on the Western Front becoming universally associated with the remembrance of those who died in the war.

“Ireland has it own similar sombre observance, the National Day of Commemoration.  This takes place in July, on the nearest Sunday to the end of the War of Independence, when Ireland fought and gained independence from Britain.  “On this day we commemorate all Irish people who died serving on UN peacekeeping missions and in past wars, including WWI.”

Many thousands of Irish people have settled in Australia over the years, among them a very young couple from Dublin who emigrated in the mid-seventies.

“We were welcomed to Australia at the Graylands Hostel and shared our time there with people from around the world including refugees from East Timor.

“As time passed, two of our sons proudly served in the RAAF as did their father. Observing Remembrance Day has taken on a special significance now and the poignant observance last year at the bottom of the driveway was especially beautiful.

“In my mind Remembrance Day is a time to reflect on the sacrifices made by countless men and women from many nations, cultures and traditions for the future betterment of their societies. Slainte.”

Joe McKenna said, “most Australians associate Remembrance Day with Armistice Day from WWI, the war to end all wars, a time to pay our respects and remember the more than 60,000 who gave their lives for the cause of freedom. Australia then with a population of five million people saw more than 400,000 enlist in the Australian Imperial Forces.

“For the many veterans who have seen service in the many wars/conflicts Australia has been involved in since WWI, Remembrance Day, can be a time of quiet reflection, an opportunity to remember friends/mates, who have made the supreme sacrifice, many who are today still carrying the scars of war both physically and mentally.

“It is also a time to catch up with former comrades and share memories and a few drinks together. A time to appreciate how lucky we are that we live in such a free and peaceful country surrounded by the people we love. And to realize the futility of war “Lest we Forget”.