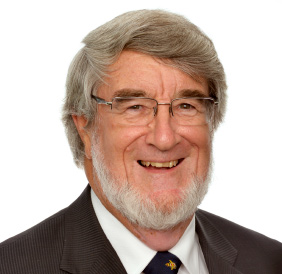 Clive has a Bachelor of Applied Science (Biology) Degree from Curtin University of Technology and a Diploma in Agricultural Technology. He lives on AFME with his wife Cherryl and they have 2 adult children and 4 grandsons.

In 1968 he was called up for Military Service and served in the Royal Australian Army Medical Corps that included 12 months service in South Vietnam at the 1st Australian Field Hospital and 8th Field Ambulance.

Clive has extensive community experience having served on the City of Melville Council for over 25 years and has been the Deputy Mayor on 3 separate occasions. He was President of the WA Local Government Association and a Director of the Australian Local Government Association and is Immediate Past Chair of the Order of Australia Association, WA Branch. He has served on a number of state and national committees that include, the Australian Landcare Council, Gene Technology Community Consultative Committee (Commonwealth), Waste Management Board of WA, Swan Canning Clean-up Project, Melville Aged Homes Board (Alchera) and Churches of Christ Aged and Community Services Board (Bethanie Group). 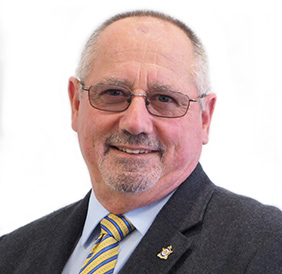 Pat Hall served for over 22 years in the RAAF, commencing as a Radio Apprentice and finishing as a Squadron Leader in the Electronics category. During his RAAF Service, Pat was awarded a Chief of Air Force Commendation for the successful execution of communications projects in WA.

Currently, Pat is engaged in the Defence and National Security sector, holding appointments to the Edith Cowan University Security Research Institute Advisory Board, the Defence Regional Network for Undersea Decision Superiority Advisory Board and as a Senior Associate of the Australian Defence Industry Network WA.

Pat has been a long term RAAFA Member, albeit mostly in Canberra and Victoria, and was presented with his 25 Year Certificate in 2011. In addition to recently joining the RAAFA WA Division Council in 2019, Pat has served on the Legacy WA Board since 2016, including as Chair of Torchbearers, helping it complete a transition to a more contemporary structure during 2017/2018.

A long-time hockey tragic (along with the rest of his family), Pat was made a Life Member of Melville City Hockey Club in 2011 for his contributions, especially to the synthetic turf project and its ongoing successful operation. From club level, Pat moved on to the Hockey WA Board from 2012- 2017 and then joined the Hockey Australia Board, which he still serves on.

A passionate military historian and collector, Pat has been made a Fellow and Life Member of the Military Historical Society of Australia (MHSA) and member of the Orders and Medals Research Society. Apart from his own personal interests, Pat currently contributes as a Federal Councillor of the MHSA, which expires at the end of 2019. 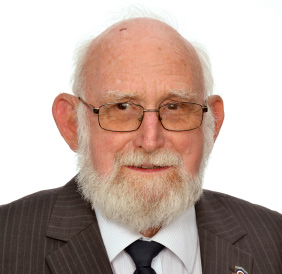 He completed his National Service training at Pearce 1955-56 and joined RAAFA in 1999.

Ron was employed by Telstra, for 40 years and retired in 1992 as a Principal Technical Officer serving in many WA country towns. During these years the family successfully ran two newsagencies, a supermarket, licenced post office and liquor store.

Ron and his wife Milly live at Cambrai Village in Merriwa. On the estate Ron has served as Chairman of the Social Committee, Computer Club and Cambrai Village Estate Committee. He also served two terms as President of the Cambrai Residents Branch. 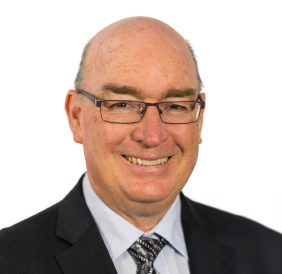 He comes with extensive experience in health, aged care and retirement living with senior management experience spanning 25 years. John commenced his career as a Registered Nurse specialising in mental health. His skills in leadership and management are supported by a Bachelor of Business majoring in Accounting and a Masters Degree in Business Leadership.

John was the CEO of MYVISTA for 9 years, an ethnic aged care provider in Balcatta where he developed a retirement village, residential care facilities and community care services.

John is currently a member of the Property Council of Australia, Retirement Living Committee in WA and the Australian Institute of Company Directors. 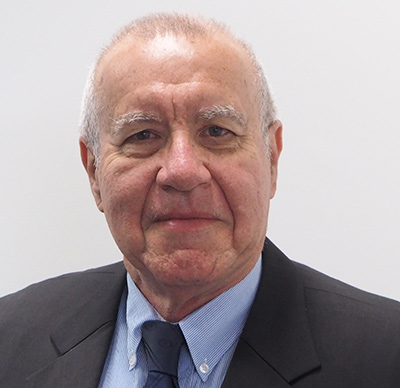 His operational experience was as a Navigator and Tactical Coordinator on P-3B and P-3C Orion Maritime Reconnaissance aircraft.  He held senior positions at RAAF Townsville and RAAF Pearce and at Air Force and Defence Headquarters.  He also represented our nation as the Assistant Air Attache to the United States and the Defence Attache to the Republic of Korea. He was made a Member of the Order of Australia (AM) during his Service career.

Following his RAAF Service, he held several senior positions with the State Departments for Planning and Infrastructure and then Transport from 2007 to 2016.

Ian holds a Masters Degree in Public Administration and Graduate Diplomas in Management and Business Administration.  He has senior level experience in project governance, strategic planning and higher policy preparation and implementation.

He was elected to Division Council in October 2018 and previously served on Division Council and as State Vice President.  He is also currently serving on the Committee of the RSL Highgate Sub-Branch. 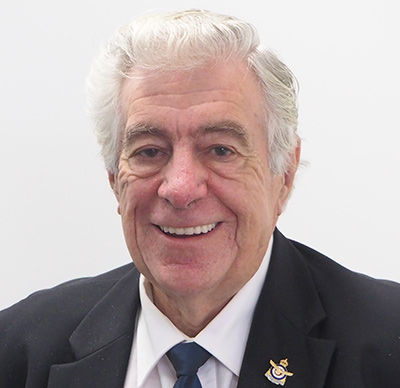 Richard Rust was elected to Division Council in October 2018.

He served in the Air Training Corps at 120 Squadron in Hendon (London) for four years, receiving an advanced certificate for gliding.

As an automotive technician and member of IAME and SAE, he was a Service Manager at automotive dealerships in Katanning, Narrogin and both Kmart and Midas in Perth.  Richard has Accreditation for Accounting Principles with Practice 1 & 11.

A charter member of the Lions Club of South Hedland, he served as Treasurer and Vice President, as well as organising the inaugural Port Hedland Spinifex Spree Festival.

On retirement he became a member of the Australian Air Force Cadet Branch in Bull Creek and has enjoyed the task of being the editor of their bi-monthly newsletter, as well as representing the AAFC at RAAFA’s bi-monthly Branches Forum meetings.

A compulsive volunteer, Richard became involved with working in the Aviation Heritage Museum workshop and organising the manufacture of the replica ‘Bouncing Bomb’, now proudly on display under the Lancaster Bomber.

Peter Smith was elected to Divisional Council on 25 October 2018.  He moved to Perth in 2002 and lives at AFME in Bull Creek.

In January 1992 Peter was appointed to South African Naval Headquarters as the Director of Facilities. An attempt at early retirement lasted all of two months when he was offered a role with promotion, as the Director of Procurement, in a civilian capacity. Peter was a member of numerous committees, including the Defence Staff Council, the Transformation and Rationalisation of the SANDF; and the South African State Tender Board.

Peter was awarded two Certificates of Appreciation, one being for Distinguished services rendered to Special Forces, and one for outstanding contributions to the Department of Defence in establishing the Department Acquisitions and the Procurement Division and implementing phases. 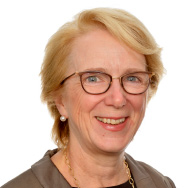 Geraldine Carlton was appointed to the Division Council in April 2015.

Originally from Northern Ireland, Geraldine emigrated to Australia in 1989. She specialised in operating theatre nursing, prior to building a career in management. She has held senior nursing roles in PMH and Rockingham General Hospital (RGH) prior to her current role as Executive Director of the Rockingham Peel Group. This Group incorporates RGH, Murray District Hospital, community and mental health services in the Rockingham/Peel regions.

As the Executive Director Geraldine has overseen a $125M capital expansion program which enabled the tripling in size and significant expansion of services at RGH and the development of more appropriate community services in the Mandurah and Murray regions.

Geraldine has been a Board member of the not for profit 'Health Round Table' which is an organisation that establishes networks and information sharing to improve patient care across Australia and New Zealand.

Geraldine has a particular interest in safety and quality of services and has been an Australian College of Health Care Standards surveyor for 5 years.

Chris Carman was appointed to Division Council in March 2019.  He is the Managing Director of Benchmark Projects Australasia, one of Australia’s leading project management consultancies which he founded in 1985.

Recognised as National Project Director of the Year in 2009, he possesses strong leadership qualities and experience in guiding stakeholders and consultancy teams through complex projects in both private and government sectors.

Chris has a Masters Degree in Project Management, a Bachelor of Business and a Diploma in Civil Engineering.  He is a past President of the WA Chapter of the Australian Institute of Project Management and served as an AIPM Board Director between 2013 and 2016.  He is a Fellow of that organisation.

Chris is also a member of the Australian Institute of Company Directors and Engineers Australia.

Outside of his professional associations, Chris is member of the AFL, WACA and the West Coast Eagles Football Club.

He has a long term association with Eastern Blades Hockey Club, founded Whitfords Hockey Club and has represented WA and Australia in Veteran’s Hockey.

Allyn Wasley was appointed to Division Council in October 2018.  Until the end of 2015 Allyn was the General Manager of Strategy and Business Development, and prior to that as Chief Financial Officer of the Cop-operative Bulk Handling Ltd. During this period he led the development of the core strategies of the group and worked closely with the downstream value added investments in South East Asia and Australia, holding a range of board positions.

Currently Allyn operates a portfolio of business opportunities that are focused on assisting business leaders in the areas of strategic discovery and execution. Allyn is also the Chief Financial Officer for a wave technology company, Bombora Wave Power, and a non-executive director at Geraldton Fishermen’s Co-operative and West Coast Potato Suppliers.

Allyn holds a Bachelor of Business (Accounting), a Post Grad Diploma in Management and is a member of the Australian Institute of Company Directors.