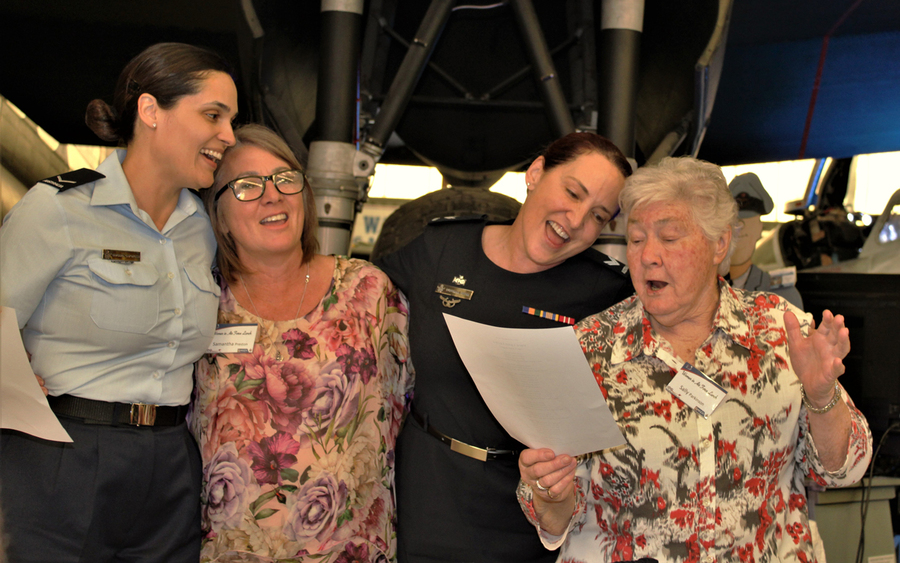 An inaugural Women in Air Force celebratory event which took place towards the end of October at the Aviation Heritage Museum brought a whole new meaning to the term ladies who lunch.

The event was organised to honour the strong and incredible women affiliated with the Royal Australian Air Force and their tireless commitment, dedication and strength of character.

As well as celebrating their achievements, the event - which was organised in celebration of the 100th year of the Air Force - also provided an opportunity for those in attendance to reconnect, share stories and meet new friends.

Amongst the high-profile women who addressed participants was Dr Penny Flett, who was appointed as the first woman doctor to serve in peace time as a flight lieutenant in RAAF’s medical branch, in addition to Air Commodore Fiona Dowse AM, CSC, and retired Warrant Officer Disciplinary Jen Riches, previously of No. 25 Squadron, who dedicated 37 years of her life to the RAAF.

John Murray, CEO of RAAFA WA, said the special 100th birthday celebration was a very fitting occasion to honour the women who have served in the RAAF, past and present, along with many other distinguished guests.

“We have countless reasons to honour the courage, skill, dedication and character of the women involved with the RAAF," he said.

“I can speak on behalf of everyone within the RAAFA community when I say we are all grateful to those who have served in our Air Force over the past 100 years, and this very special event is a fitting tribute to the women who have shown absolute dedication and commitment to the RAAF during their lifetimes.”

The official 100-year RAAF anniversary celebrations began earlier this year, on 31 March, with a national event at Government House in Canberra.